I haven't been using my only RF mount lens, the RF 35mm f/1.8 IS STM, a lot lately as I've been wanting something wider for sunrises and sunsets. EF mount lenses, designed for Canon's DSLRs, work fine on R series bodies with the adapter, the only real issue being that the images in the electronic viewfinder jump around a lot when you are using continuous drive.

The continuous drive is five frames per second on the Canon RP bodies and I use it constantly, especially when exposure bracketing files, as the camera shoots the number of bracketed files and then stops. So, you press the shutter button, or remote release, and hold it until the sequence is done.

RF mount lenses have more and better electronic connections with the camera and the viewfinder remains smooth and constant when using continuous drive. I wanted to test this out again today and stopped at Cohoes Falls for some extreme bracketing. And yes, the viewfinder experience is much improved when using RF lenses with R series bodies. I have been holding off buying the RF 24-105mm f/4L lens as I'm content using my EF 24-70mm f/4L lens, but the viewfinder issue makes me think it's time to make the switch. [UPDATE 8/11/2020: Another option is the RF 24-240mm f/4-6.3 IS USM lens which currently has a $200 instant rebate from Canon. This is a consumer grade lens and opinions differ. So, I decided to rent one for a week starting this next Monday. Stay tuned.]

I normally bracket five files with a one EV exposure difference between each image. The camera shoots the normally exposed image followed by -2, -1, +1 and +2 EV images. The conditions at Cohoes Falls in late morning were harsh and kind of boring. I decided to bracket by 1 1/2 EV for each file instead of 1 EV. +/-3 EV is about the limit of the EOS RP as it has a top shutter speed of 1/4000th of a second although the camera will automatically reduce the ISO if the settings indicate a faster shutter speed.

Here is the final product, un-cropped, followed by a more pleasing version cropped to 16:9 which is the ratio of wide screen televisions. I couldn't change the framing as I shot because I wasn't using a zoom and there is a chainlink fence with barbed wire about an inch below the bottom of the scene. 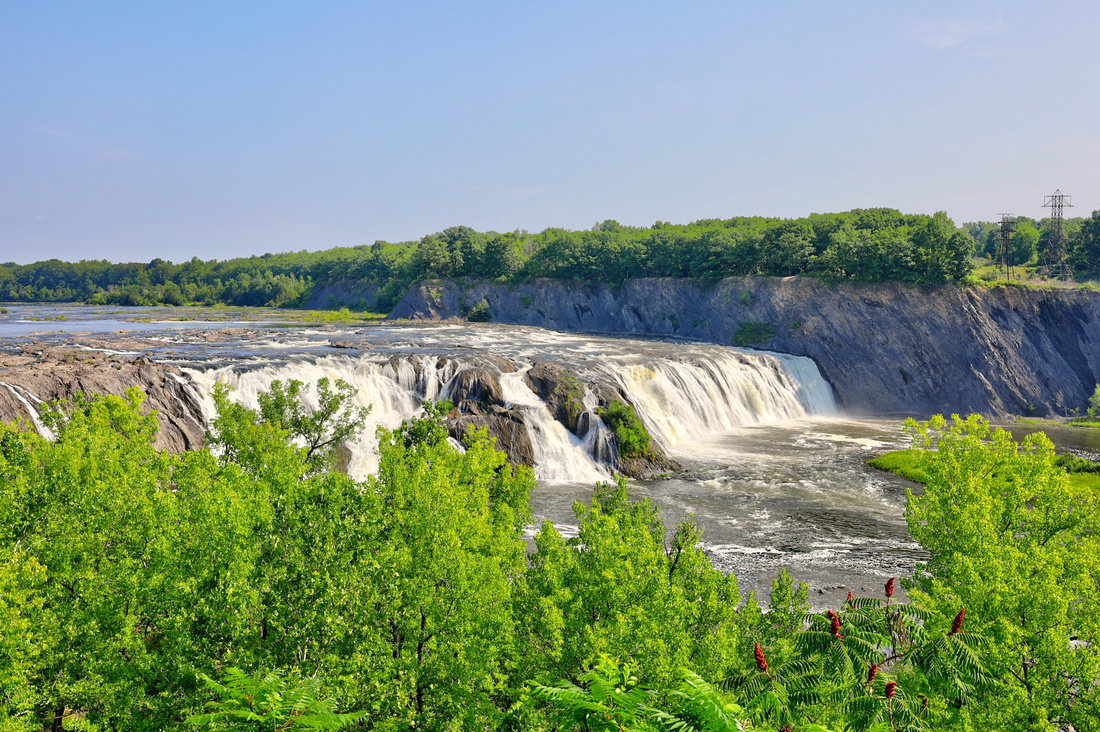 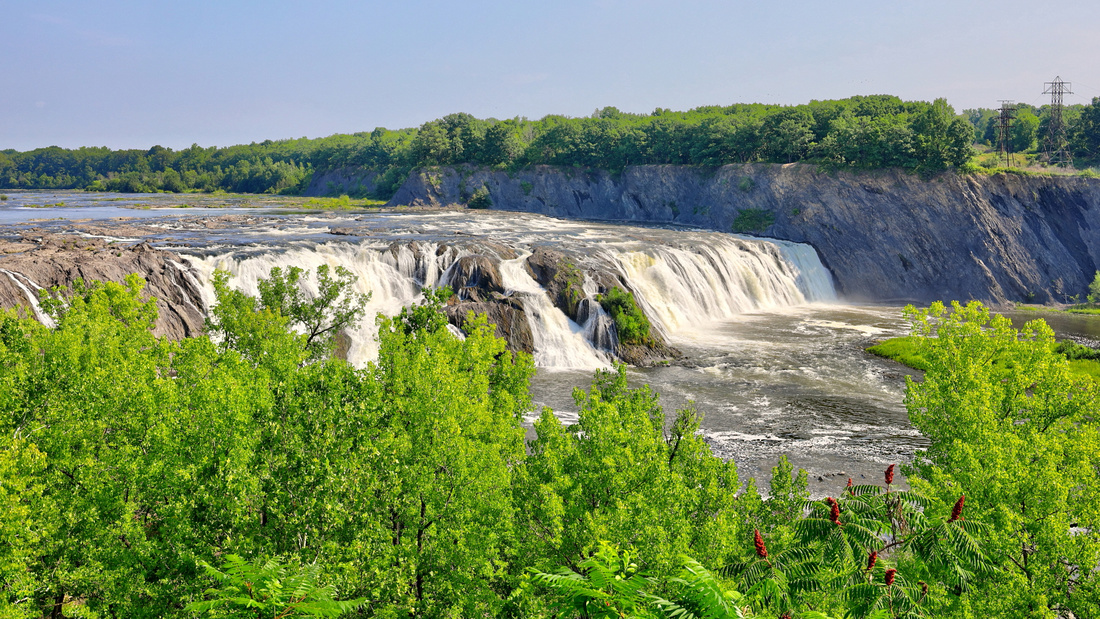 And here are the five bracketed images which were used to make the finished image. These are in the order that the camera saves them. 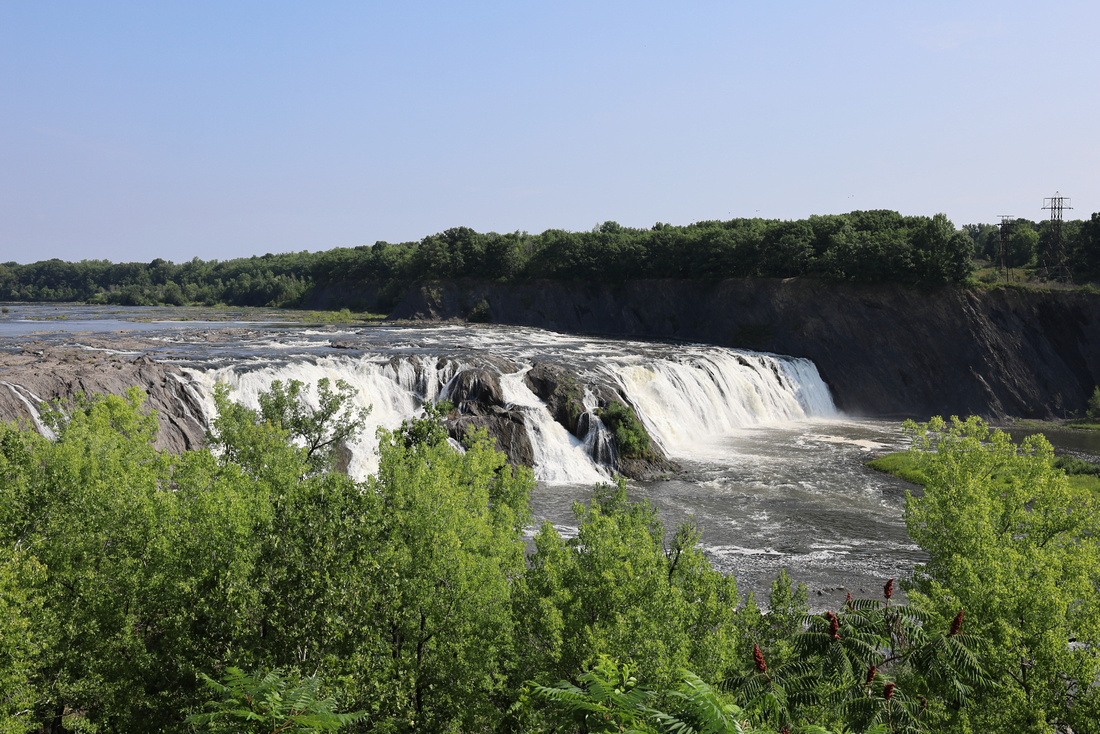 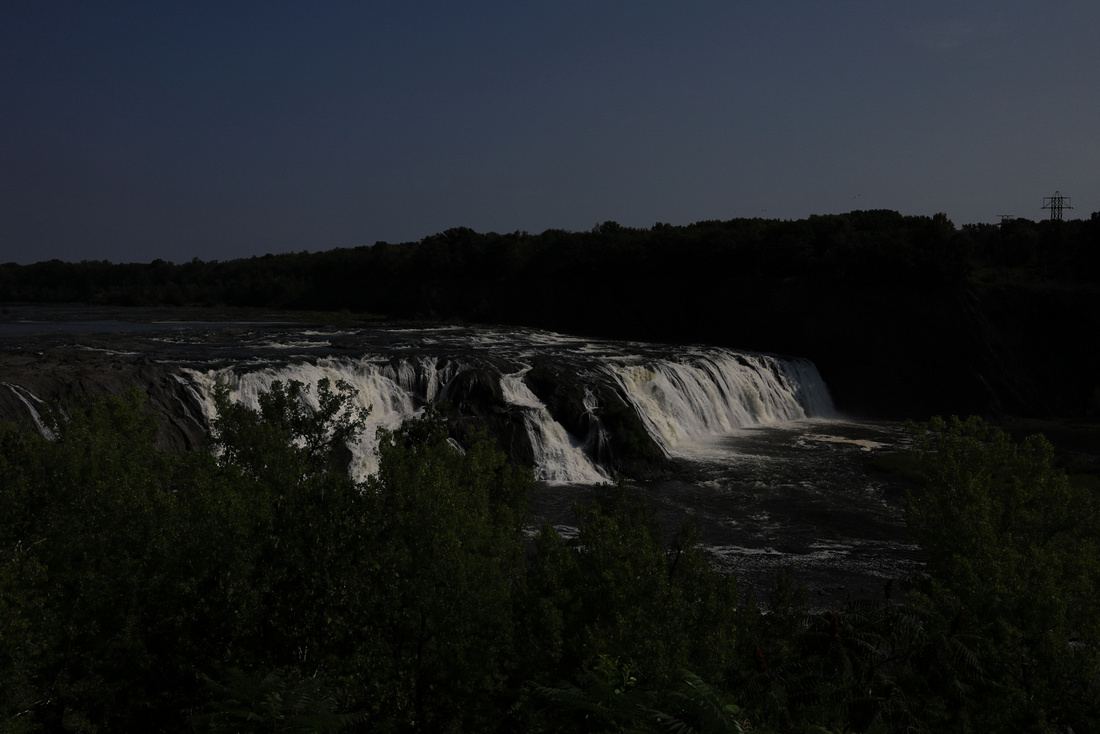 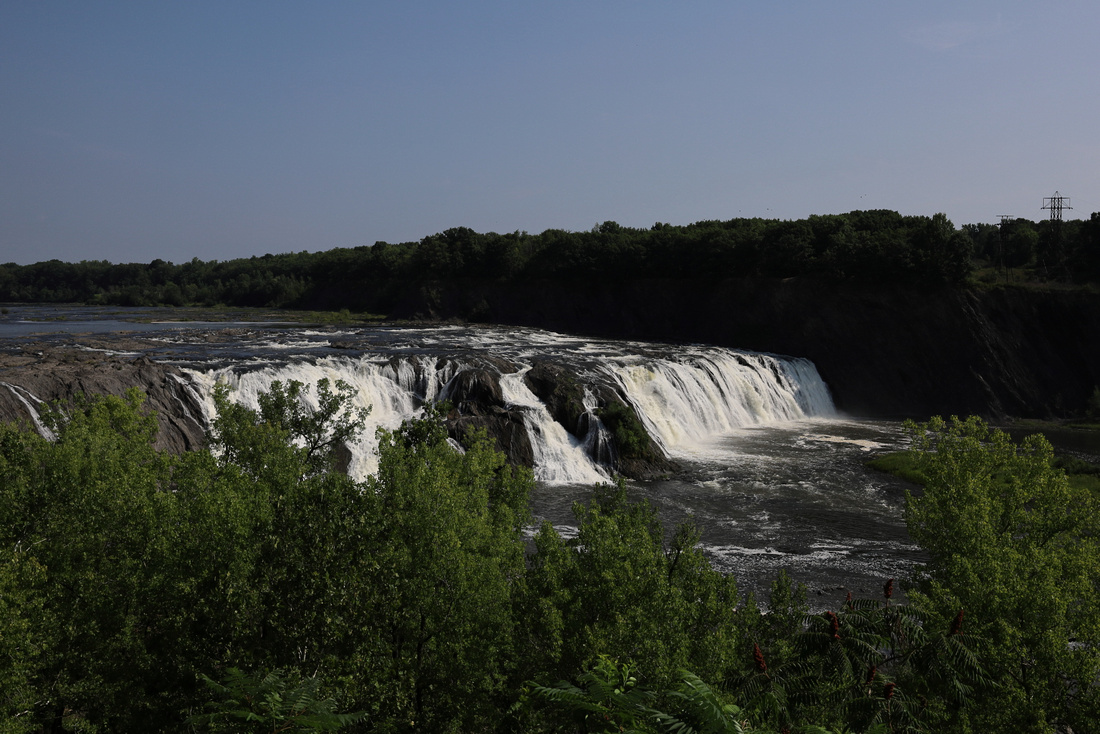 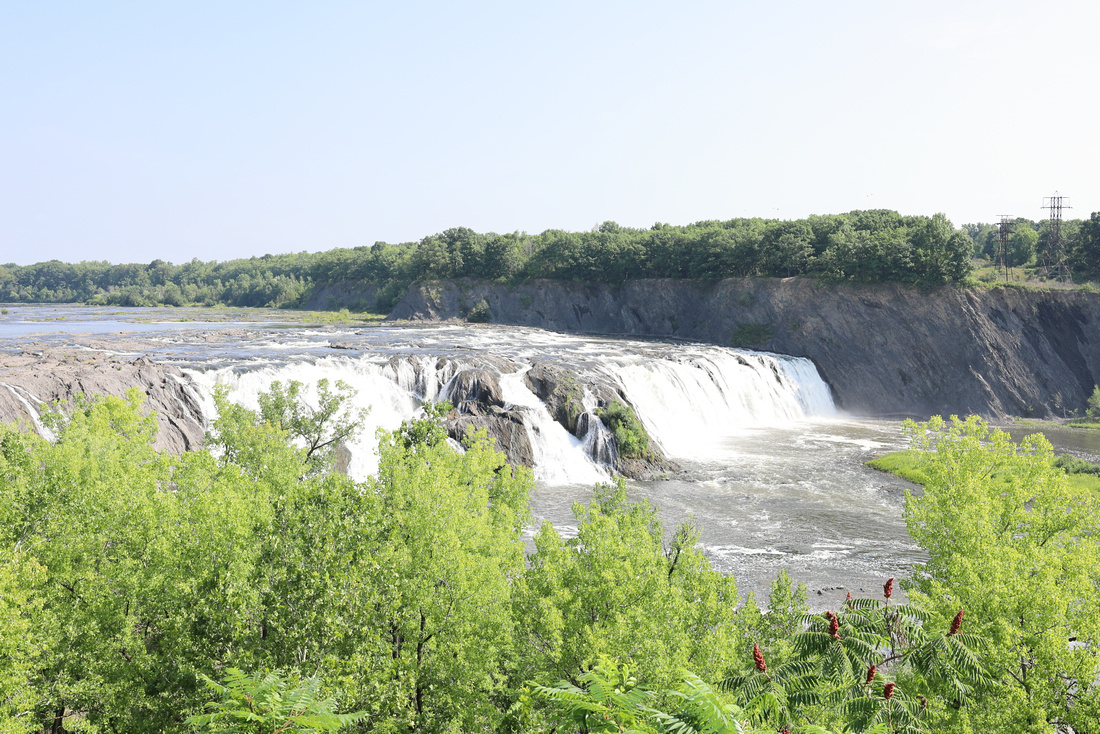 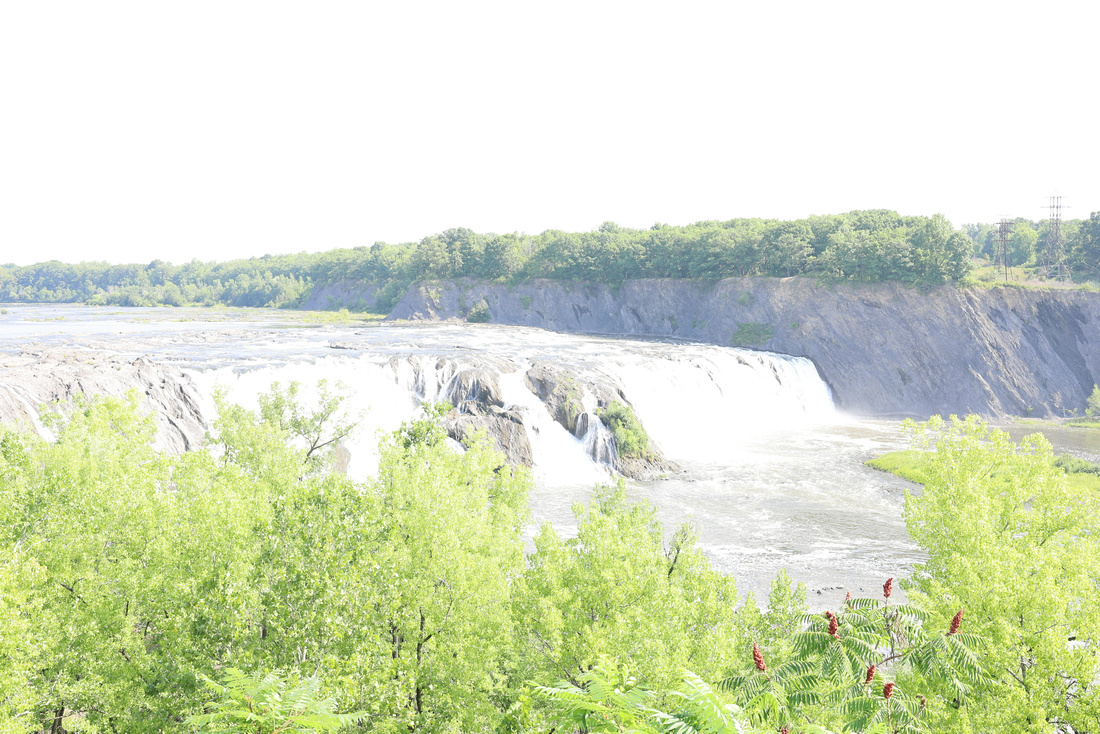